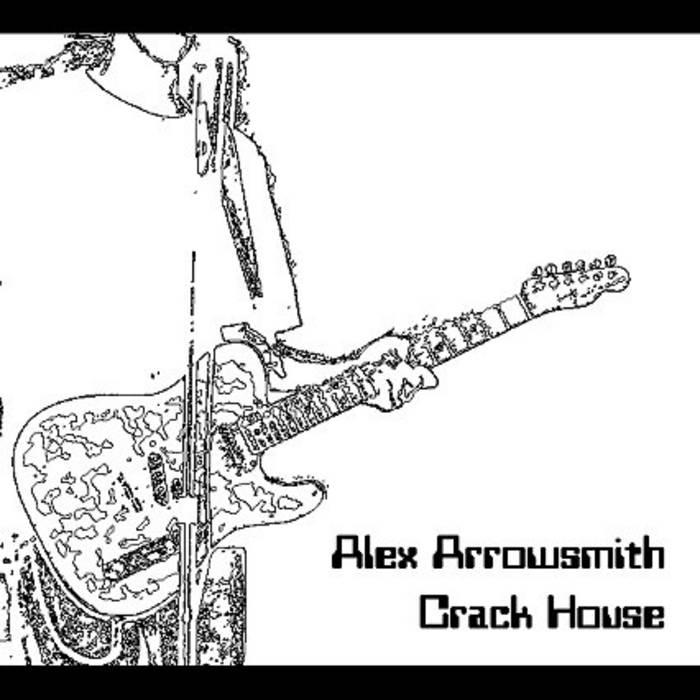 In 2003, Alex decided to take a Machiavellian approach to modern rock music. He took his hearty, straightforward Beatles-pop songs and tempered them with fuzzed out guitars and booming drums. So basically, it’s a Weezer album — Arrowsmith style. It plays like a greatest hits album, only it is suspiciously consistent in ways that Bruce Springsteen’s Greatest Hits is not. The time-honored 12-song attack leaves no survivors on the battlefield of rock/pop music. It doesn’t take a sleep-deprived border collie to realize that this is the Universe’s response to the trilobyte. Is it possible that this IS the Great American Pop Album? Yes.

Crack House was recorded September – November 2003 at the Ectoplasmic Studio in Gresham, OR.

All songs were written by Alex Arrowsmith. All instruments were played by Alex in real time, except for the drums, which were played by an imposter cyborg sergeant, and the fake bass and organ in No Tomorrow which were sequenced by Gerald.