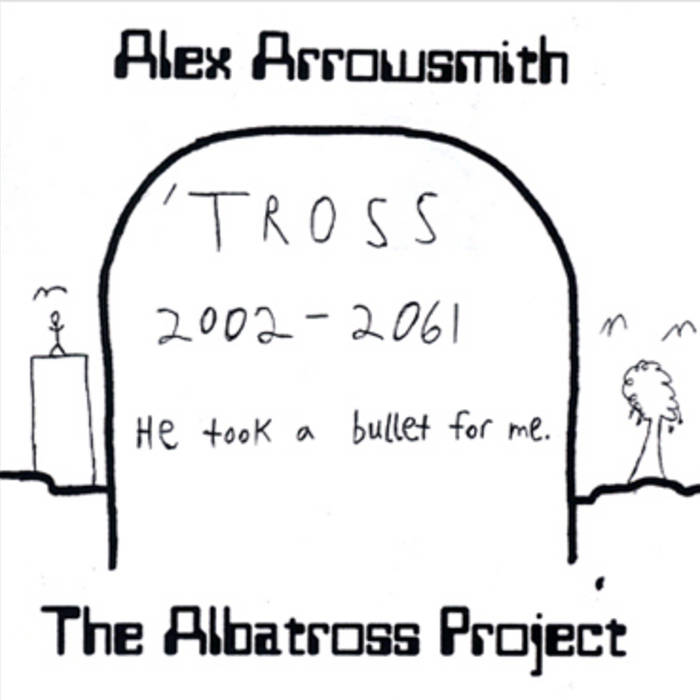 Returning to the path of ice cream sundaes and field trips to the zoo, Alex once again sculpts a musical statue worthy of recognition in the baseball hall of fame. With every song meticulously (but not lifelessly) produced to be a highly entertaining hit, what we have on our hands here is a cheese-solid disc that eschews the filler of yesteryear. With the guiding spirit of a noble wandering albatross, songs like “I Am The Ice Age,” “Fight The Cougar” and “Admire The Admire” spew forth a fizzy vibrancy that’s all too rare these days. Ridiculous but focused, original but tuneful, The Albatross Project is the soundtrack to your Wednesday afternoon piano lesson.

Recorded June – July 2004 at the Ectoplasmic Studio in Gresham, OR except Black Omen was recorded April 2004 and Gemstone Rap was recorded June 2003. But they were still recorded in the Ectoplasmic Studio in Gresham, but actually at a different place in Gresham. Only Gemstone Rap though, Black Omen was recorded at the same place as the rest, just a couple months earlier. However, while mixing started in the Gresham studio in July 2004, it was actually finished in the temporary Hood River studio in August. It’s complicated.

This album was recorded to a very hard disk using an intense pulley system powered by wind turbines and stalagmites…um no, tites.

All songs written by Alex Arrowsmith.