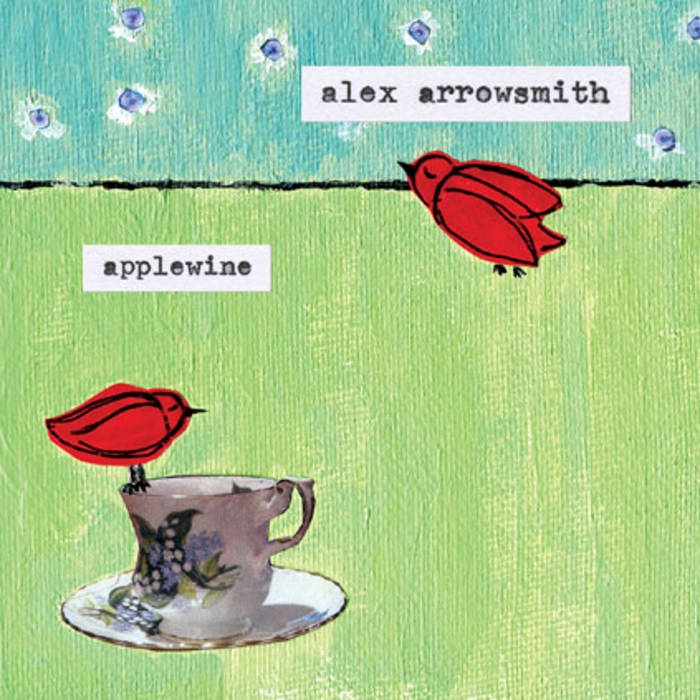 2006's Applewine finds Alex honing his idiosyncratic style further into a middle ground between goof-pop songs and funeral dirges. Many of the songs return to the long-favored theme of modern life's follies. Did I just write "follies"? Ew. Additionally, I bet you've never heard anyone rhyme "tsunami" with "salami." Eat it, Bob Dylan. But as your ear drums will confirm, a fine-tuned focus on melody and guitars shows Alex's songwriting at its strongest yet, with songs for you to sing by yourself in your shower (or with other people, if that's your thing). Alex's production is also his clearest and cleanest yet, providing the perfect Monet-like canvas for these papoose-like songs.

Recorded June – August 2006 at the Ectoplasmic Studio in Portland, OR.

All songs were performed, conjured and summoned by Alex Arrowsmith.

Alyssa Perkins sang on “Under Your Spell” and talked on “The Bevel Collector.” She also played slinky on “Plains Of Mostly Still Life” and “I Wasn’t Meant To Be.”